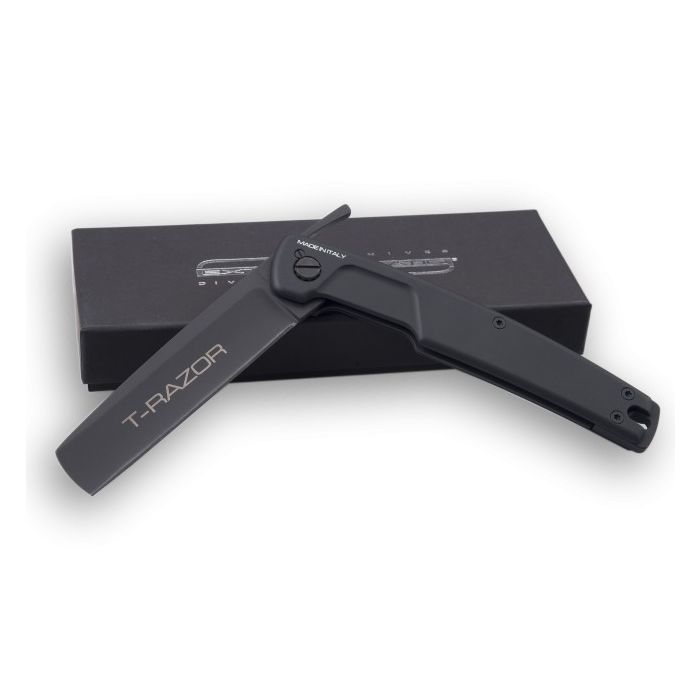 Ga naar het begin van de afbeeldingen-gallerij
Gegevens
Up to the early 1900s, people commonly carried pocket utility knives, Due to rampant “misuse”, though, laws were passed to the effect that all such knives were to be clipped at the blade-tip, in order to diminish their dangerousness as weapons, Some people then figured they’d get the greatest effectiveness out of the sharp edge of a traditionally flat-point blade shape, and took to carrying straight-razors, Thus, the straight-razor was for a time regarded as a fearsome weapon of self-defense, Such a “misuse” of the common straight-razor inspired our T-RAZOR design, Available versions: T-RAZOR BLACK, T-RAZOR SATIN,
Reviews
Schrijf uw eigen review
To Top