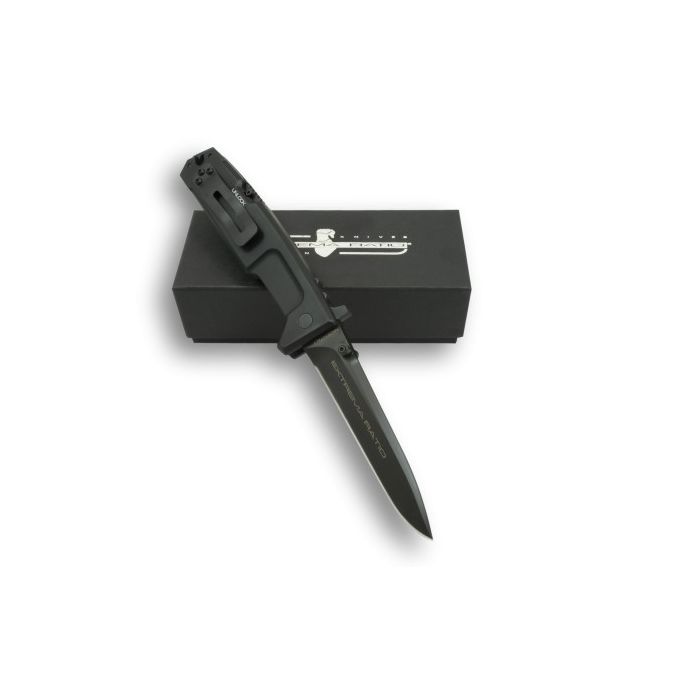 Ga naar het begin van de afbeeldingen-gallerij
Gegevens
The structure of the NEMESIS is similar to that of the M,P,C,, It is however more suitable for defensive use, The blade is quite thick and flat grinded, strong and sharp, The upper guard prevents the hand from slipping onto the blade, The long handle sticks out of the hand allowing the knife to be used for non-lethal blows, A manual security lock holds the BACK-LOCK mechanism lever, preventing accidental unlocking of the blade block during heavy-duty use, It can also be used to lock the knife closed in the event it’s taken away from the user: then the NEMESIS cannot be opened, even if the mechanism is often irrevocably damaged, The tempered steel tang can be used effectively as a glass breaker and sports a hole for a lanyard, A knife with a marked Italian character, Available versions: NEMESIS BLACK, NEMESIS BLACK RUVIDO, NEMESIS DESERT WARFARE,
Reviews
Schrijf uw eigen review
To Top