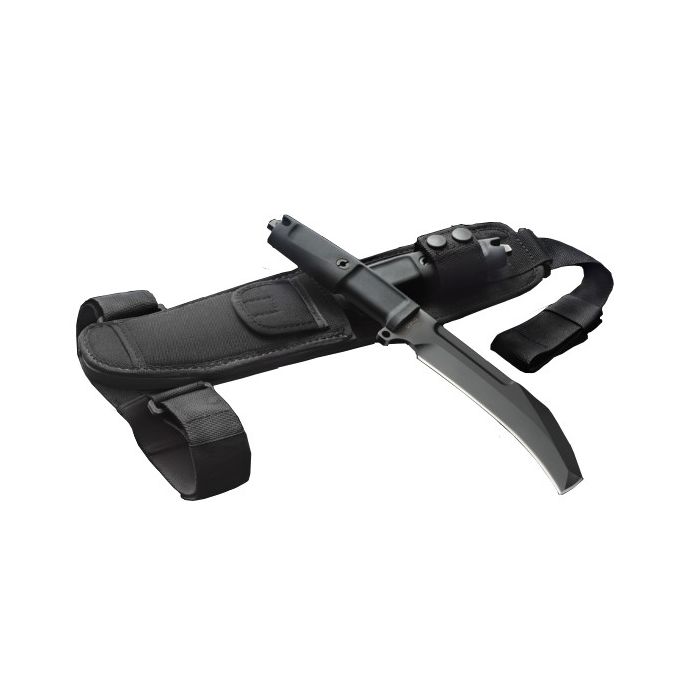 Ga naar het begin van de afbeeldingen-gallerij
Gegevens
The CORVO is a traditional Chilean Army combact knife, Its origins are misterious: it did probably arrive in the New World with the Spanish Conquistadores, who had already appreciated it during the war against the Moors, It shows undoubted affinities with Jambiya, the traditional Arab knife still used nowadays as a Yemen male clothing accessory, CORVO has been used during the War of the Pacific, It was produced in several versions such as: the Curved Corvo with the blade bending at almost 90° and the Corvo Aracameño which is longer but with a gentler bending of the blade for a higher flexibility during use, Extrema Ratio has been inspired by this second version,
Reviews
Schrijf uw eigen review
To Top