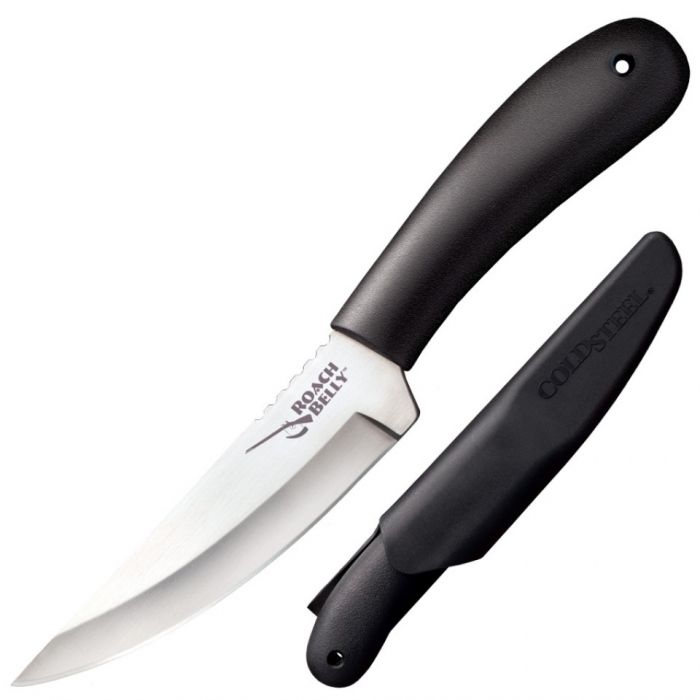 Ga naar het begin van de afbeeldingen-gallerij
Gegevens
Historically, the Roach-Bellied knife was a short blade with a pronounced upswept curve and a sharp point that saw popularity in 17th century Britain and the American Colonies. It was most likely named after the common Roach Fish, which had a similarly round curving belly. Cold Steel’s model is a nod to the Black Powder Community, which has continued to appreciate the Roach Belly’s economy, versatility and effectiveness. The hollow ground blade is made of sub-zero quenched German 4116 Stainless steel, expertly heat treated to RC 56-57, and given a sharp edge that’s easy to maintain. Instead of the traditional wood handle, ours is made of a tough injection molded polymer, making the Roach Belly considerably more weatherproof than historical examples - not swelling, shrinking, rotting or cracking like its wooden counterparts.
Reviews
Schrijf uw eigen review
To Top