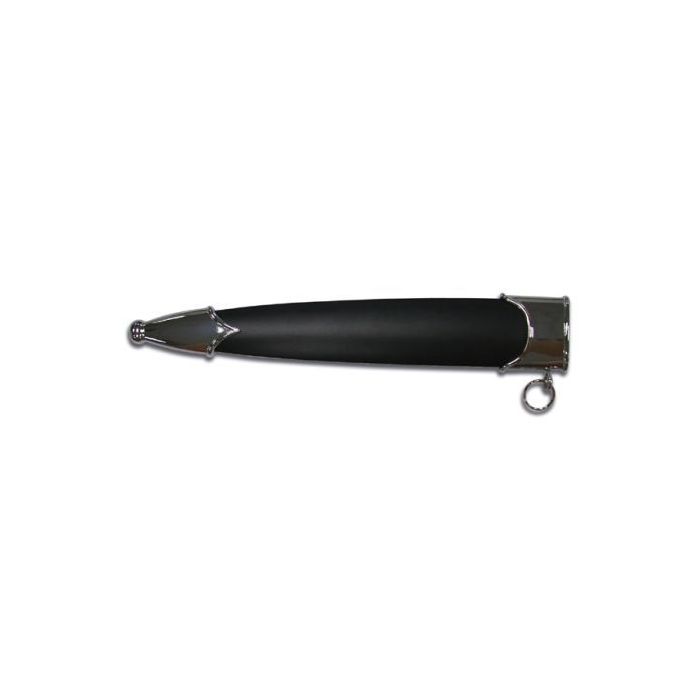 Ga naar het begin van de afbeeldingen-gallerij
Gegevens
The Swiss dagger (often called "Baselard") was a popular weapon with the Swiss pikemen throughout the 15th and 16th centuries. Swiss daggers were not usually issued as ordinance weapons, but purchased privately by soldiers as secondary weapons. The Boker Swiss dagger‘s characteristic hilt features the same crescent-shaped pommel and crossguard as the original daggers, but now feature rust resistant stainless steel instead of iron. Their curved shape appeared as early as the 13th century and remained unique to Switzerland. This distinctive hilt design can be recognized in many of Hans Holbein‘s works, which is why the Swiss dagger was sometimes referred to as a "Holbein dagger“. The handle on the Boker Swiss dagger is made of hand selected cherry wood, and the high carbon steel dagger style blade has an impressive length of 8 5/8“ and is satin finished. The blade is marked with the authentic Boker logo, which was used throughout the 1930‘s in Solingen. The marking “Deutschland“ (Germany) and a serial number on the reverse side of the blade guarantee the same high quality on every knife that leaves our factory. The Swiss dagger includes an original metal sheath, which is reminiscent of the 15th and 16th centuries.
Reviews
Schrijf uw eigen review
To Top