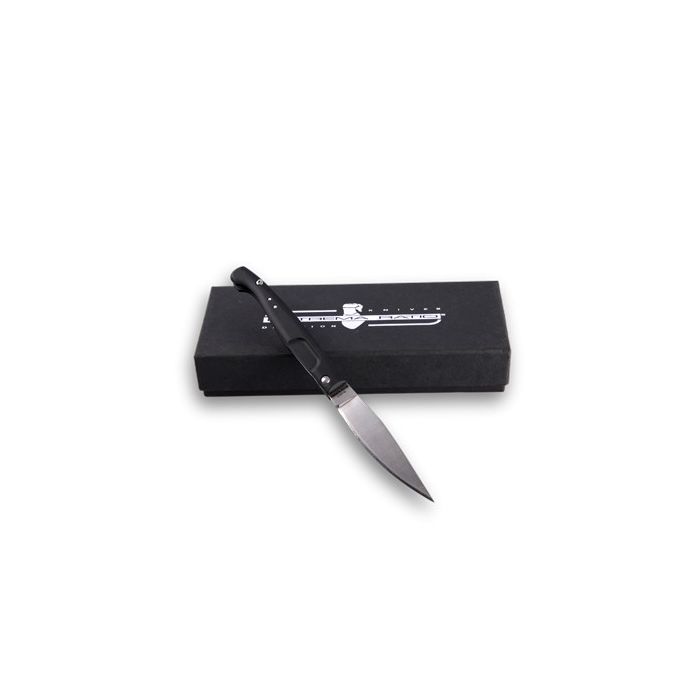 Zum Anfang der Bildgalerie springen
Details
RESOLZA is an ancient name, reminiscent of the italian word for razor, The centuries old Sardinian "resolza" one of the best-know traditional knives in our country - to this day it's been the constant companion to island farmers and shepherds in their everyday work, It followed them even when they were called to war: chronicles of the Sassari Brigade during World War I mention the knife as part of the troopers' equipment, Our attempt to revisit this traditional design according to our own standards is meant as a tribute, not to disregard Sardinian craftsmen still practicing the old ways of knife-making and keeping ancestral traditions alive, This RESOLZA S retains original measurements and proportions, with a 3,11" blade, but is produced with the usual Extrema Ratio high-end materials and technologies, The handle was redesigned, while the blade more faithfully approaches a traditional shape, As an improvement on tradition, we added a blade-locking mechanism, RESOLZA S is the short version of the model RESOLZA, Available versions: RESOLZA S BLACK, RESOLZA S STONE WASHED,
Rezensionen
Schreiben Sie eine Bewertung
To Top